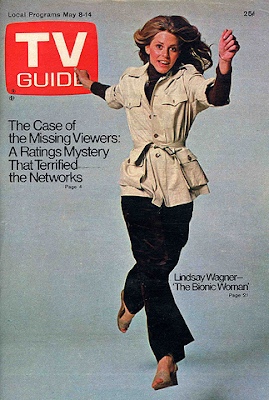 11:00PM
Seemed like Thursday all day.
I had a lot of work at school today and I may not have gotten it all right but at least I finished it. All that was topped off by a Physics test that I actually came through fairly well on.
When I think of Angie at school, I know how I could feel about her if I'd let myself but I'm too afraid of rejection.
After school I took the bus straight over the river again. I picked up one great comic, one great magazine and two not bad comics...as well as finally giving in and buying HUSTLER. Tried to avoid that last one but guess I didn't try hard enough. I did manage to avoid actually opening it or even flipping through it, though. Stuffed it right under the chair pillow unread. Maybe the more I learn about myself, the more I realize I don't really need that kind of thing. I can do without it. Maybe I can hold out past my limit this time without any trouble. I hope so.
While I was over there, I ordered my very first triple from Wendy's but when I got home I found dad had got my usual six coneys. So...I ate all of it!
Just now I finally got to see Jamie's Return on her own show! Finally! Was it worth waiting for!
I like the show a lot but even if I didn't I have a real crush on Lindsay Wagner. She's sexy but she's also very smart! Sometimes bad things happen that turn out good in the end after all. That kind of thing has happened a lot lately.
NOTES: The whole rejection thing was big with me. I had asked out a girl from my 10th grade Math class after watching her for weeks and never seeing her with a guy. My heart felt like it was going to burst through my chest when I stopped her on the stairs and asked her to a movie only to have her laugh and say, "You're a nice guy but I have a boyfriend. What was your name again?" UUUGGHH!! I wasn't going to go through THAT again!
My mother had gotten a new easy chair for the living room a year earlier. I talked her out of throwing out the old one and instead moved it into a corner of my room. I immediately loaded it up with comics, toys and assorted junk so no one could sit in it...but I could easily lift the seat cushion as needed to access my secret stash of adult mags.
After appearances on THE SIX MILLION DOLLAR MAN, Lindsay Wagner (seen above on a later TV GUIDE cover) premiered in her own show on this day and immediately became a favorite celebrity crush for me.
Posted by Booksteve at 12:23 AM