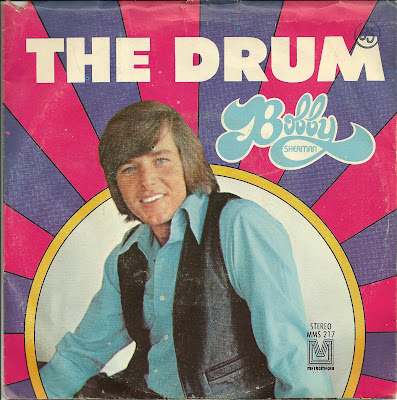 8 :00 PM
Awoke to freezing rain this morning. Turned out not to be as bad as it looked though. I saw Dwight on the bus up. He dropped out of school and got a job right across the street from Holmes. Saw Doug on the way back again but he still didn't see me. Funny how we were so close for a couple of years and now we never talk even though we're still in the same school. I guess some things you have to leave behind you as you move into the uncertain future. The past is gone. You have to live for today and tomorrow.
Bad thunderstorms this afternoon and evening. Really bad, heavy winds, too.
I might see my first movie of the year this weekend. It would have to be Saturday, of course.
I found out today that both parts of "Jamie's Return" will be shown on her show starting tomorrow night. Oh, and I see in the TV GUIDE where Bobby Sherman guests on ELLERY QUEEN on Sunday. Can't wait to see that.
NOTES: I believe Dwight had been a friend of my old friend Terry. Seems like he had major issues. Doug, whom I mentioned earlier, was a close friend in fifth and sixth grade. Whenever we had played Batman and Robin back in 1969-70, he was the Caped Crusader and I was the sidekick.
"Jamie's Return" refers to THE BIONIC WOMAN, the Lindsay Wagner spin-off of THE SIX MILLION DOLLAR MAN which, in my opinion, was a much better show. Bobby Sherman was the flavor of the month pop star of 1970, already a trivia question by mid-decade but still a favorite of mine. He eventually retired from acting and singing and became an EMT and, I believe, later a police officer. More recently he's made a comeback in oldies shows. As a loyal fan of him and his music at the time it was big, I still watched him whenever he did turn up on anything. I still have all his 45's but I haven't played one in at least thirty years.
Posted by Booksteve at 1:52 AM