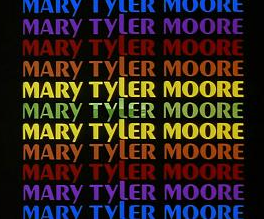 8:00 AM
It snowed a little last night! I love snow!
6:00 PM
Terry called this morning talking about selling some more of his comic books. Sometimes I get a little jealous when he makes so much money at it but I really don't want to give up my comic books. I tried a few years ago but FOREVER PEOPLE # 1 convinced me not to quit collecting! Kirby was still amazing then! I went with Terry to the comic shop, helping carry boxes of his comics. I ended up buying five bucks of stuff I needed while we were there but now I still am kind of thinking of selling some of my own stuff, again, too.
9:00 PM
Didn't feel good by the time I got home tonight but watching the comedy shows helped a bit and made me feel a little better. Mary Tyler Moore and Carol Burnett can always make me smile!
NOTES: Terry had been my best friend since third grade and would remain so for a few more years after this. He was the only person I knew at the time who was just as geeky as me when it came to all this pop culture stuff. In late 2010, we reconnected through Facebook.
Posted by Booksteve at 1:13 AM