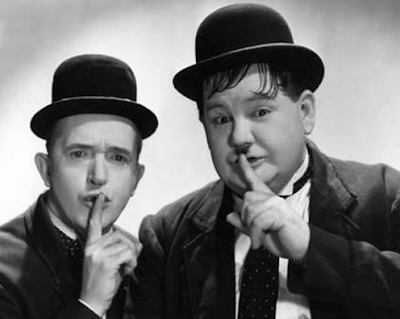 7:00AM
Woke up even before my alarm went off but that's okay. Meant I was wide awake by the time Laurel and Hardy came on so I watched it and then stayed up to watch the Fu Manchu flick, also!
10:00 PM
Later in the day, I'm sorry to say I gave in to the hormones. UGH! Oh, well. I went two weeks. Will try harder to be strong this next time. Goal is at least fifteen days this time!
I spent most of the early part of the day sorting through old photos while tiring of my favorite 45 after playing it over and over and over. Most of the later day was spent attempting my Physics homework and reading more of 1984.
Looking at the pics got me in one of those moods where anything could trigger a memory of the past. I remembered things I hadn't thought of in years and actually seemed to recall things that happened before I was born. I guess because I'd seen these pictures throughout my life, remembering half-forgotten people and their fates. There was a picture of my cousin Toni in 1951, younger than I am now , and then another shot of her two weeks ago--married and mother to an almost ten year old daughter. A shot of my cousin Joan showed her high school graduation day in the late fifties. Now twice married and Rachel's mother. It just all got me bothered that I couldn't see my own future. It's one thing to think about sex and marriage and kids but if I can't actually imagine that all happening to me, how can I make it real? Can I? Ever?
TALES OF TERROR was on Channel 19's new EDGAR ALLEN POE THEATER along with the Cool Ghoul. Channel 12 preempted Jamie's 2nd return on THE SIX MILLION DOLLAR MAN.
NOTES:
I had become a Laurel and Hardy fan at an early age when my mom bought me a children's record that tied in with the Larry Harmon L&H TV cartoons (which never even aired in our market). Over the years, I went out of my way to catch any and all TV appearances of "the Boys," which, at that time, usually meant the later feature films. Although they aren't as classic as the early stuff, I fell for them hard. The film I got up at 4 AM to watch was probably THE BULLFIGHTERS or A HAUNTING WE WILL GO. I remain a big fan of Laurel and Hardy and was happy to become acquainted with the late Kip King before he fell ill in 2009. Kip had known Stan Laurel personally in the early sixties and loved to talk about him! Oh, and TCM is running Laurel and Hardy films today and tomorrow in 2011!
The Fu Manchu pic I remember as being one of the sixties Christopher Lee renditions of the character. They were plodding and cheap-looking but he was Christopher Lee, a favorite of mine since I had seen DRACULA, PRINCE OF DARKNESS in theaters a decade earlier...improbably on a double bill with Adam West's BATMAN.
My parents were older when they had me. They never discussed sex with me. It probably never even occurred to them to do so. I'm convinced they never even HAD sex...at least not after I was conceived. Most everything I learned I looked up in an unabridged dictionary. Thus, since no one ever discussed masturbation publicly--ever--I was one of millions of teenagers who thought it must be wrong and a bad thing. It wasn't on religious or moral grounds or anything. Just that if this feels good and yet nobody ever mentions it, there has GOT to be a catch! I tried to avoid it. I felt a personal shame when I could not. I doubt that it ever occurred to me that more than likely every person, male and female, that I saw daily at school was going through some variation of my issues with that.
I really have no recollection of this EDGAR ALLEN POE THEATER but assume it ran the various Poe adaptations from AIP. Couldn't have lasted very long, though. The Cool Ghoul had been our local horror host in the late sixties/early seventies. Although he had been pretty much retired by that point, he was still trotted out for special occasions, a practice that would continue right up to the death of his creator, newscaster Dick Von Hoene, in the early 21st Century.
Posted by Booksteve at 12:40 AM