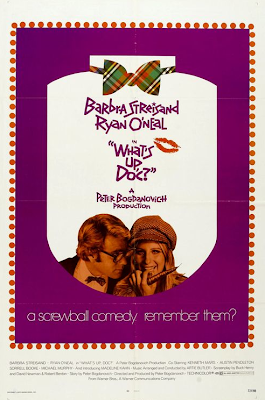 11:00 PM
A normal school day again. I think I may have bothered Angie with my rotten jokes, though. Might go see FRITZ THE CAT tomorrow. Discussed it with Jay at school today. He had never heard of it.
Watched the premiere episode of DONNY AND MARIE tonight. Wow! Also watched WHAT'S UP DOC? again on the ABC FRIDAY NIGHT MOVIES.
NOTES: FRITZ THE CAT is the 1972 Ralph Bakshi film version of R. Crumb's underground comic strip. Billed on its initial release as the first adult animated cartoon (like most things that claim to be firsts, it really wasn't) it had been rated X--over 18 only--so I couldn't see it. In 1976, it was re-issued as part of a triple feature and was now R-rated.
The Jay with whom I discussed Fritz went on to be a reporter and then prominent in local government.
DONNY & MARIE premiered this evening with their kitschy Krofft Brothers variety series after a special that had served as a pilot the previous November. It became a favorite and I would actually buy their first couple of albums together. I thought Marie was hot.
WHAT'S UP DOC? was another feature from 1972. I had seen it in the theater and enjoyed it immensely. Although largely forgotten today, it's an old-fashioned screwball comedy with Barbra Streisand and Ryan O'Neal. It's also the only Peter Bogdanovich film I think that works on every possible level. Always found him to be interesting more than good.
Posted by Booksteve at 1:30 AM