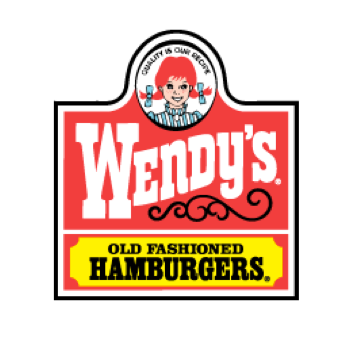 7 PM
Got up late but still in time to catch Basil Rathbone as Sherlock Holmes on Channel 19. Then I headed over the river and, in spite of numerous delays, made my way to the Yellow Kid Comic Shoppe and picked up some more comics both old and new! Spent most of the rest of the day reading them along with STAR*REACH # 3 which finally came in the mail (the mail which, itself, was also very late today!). The new HUSTLER was out but I'm still managing to avoid all of that this year. So far anyway. I picked us up some Wendy's hamburgers for lunch but they made mine wrong! Ugh! I set my alarm to get me up at 4 AM to see if the Laurel and Hardy flick is on yet. Now I'm going to bed early just in case.
NOTES: I love Wendy's hamburgers. I really do. Always have. It has been a not so funny running gag that they never seem to get my order right! As seen above it was happening in 1976. It happened last month when I went there, also. Had to drive all the way back to get things fixed. They gave me a free drink. I applied at Wendy's a few years back and they made me take a timed, detailed test. I apparently flunked it as I received a rejection letter the next day. It boggles my mind to think that the people who never get my order right must have passed it.
Getting to the Yellow Kid Comic Shoppe was a bit complicated as it involved taking a bus into Cincinnati from Kentucky, walking 6 blocks, then catching a second bus to another part of town. I made the trip often, though, sometimes with my friend Terry. They were the sponsors of the first two major Cincinnati comics cons. The store was run by Andy Voris and his young son Cy. Cy Voris went on to be a successful TV producer and also is credited with the screenplay for the comic book based movie BULLETPROOF MONK as well as getting a story credit on KUNG-FU PANDA!
STAR*REACH was Mike Friedrich's pioneering "ground-level" comic, so-called because it was neither mainstream nor underground. In retrospect, it was perhaps the earliest of the independent comics that would cause the market to explode (and eventually implode) in the eighties. It featured my earliest exposure to creators such as Craig Russell and Dave Sim.
I mentioned earlier that my prematurely graying hair allowed me unlimited access to adult magazines of the day, thus the above reference to HUSTLER, a magazine later banned in Cincinnati but which, at that time, I had been getting regularly for quite a while. For...ahem...educational purposes, of course!
Posted by Booksteve at 1:27 AM