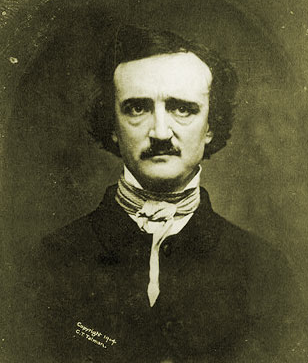 4:00 PM
Hot last night! I awoke with a worse cold but went to school anyway. We took the first part of a test for that Spanish Contest that Jeff won last year. In Mystery Class, we read THE PIT AND THE PENDULUM by Edgar Allan Poe. It was better than the movie.
Didn't talk with Angie at all. Also, I passed up a big meeting about Junior Class Rings because I had no intention of paying fifty bucks or more for something I would never use anyway. But now everyone seems to think I made a very bad decision there. I don't, but they're making me feel guilty anyway.
11:00PM
Found out that I could actually go see EMMANUELLE, the X-rated French film. The ads in the paper say "Absolutely no one under 17 admitted" and now I'm 17! I don't know, though. I'm afraid it would have bad dubbing or--worse!--subtitles! I don't like foreign films like that. Besides, I don't feel up to that walk.
Terry's kind of mad at me I think. Once again I'm feeling a stranger to myself. I know that my mind and what's in my head aren't really the same as my personality but that never shows on the outside. The real me is invisible! That's why no one ever likes me. I'll bet if you asked everyone, they'd say they were either hating me or totally indifferent because they can't LIKE a person they obviously don't even see! The haters are too thick-headed to even realize that!
NOTES: I loved all of those AIP Edgar Allan Poe movies but I had never really read any Poe outside of THE RAVEN until this Mystery Class. Going forward, he would be added to my favorite authors list.
Since I talk later that day about no one paying any attention to me at school, at this point, I have no idea who the "everyone" was that made me feel guilty about not getting a class ring. I stand by the fact that class rings are something mainly for the popular kids or those who really enjoyed high school somehow. For the rest of us it was just another way to get money out of the students.
It would be another decade before I saw EMMANUELLE, the quintessential soft focus, softcore sex drama and to my mind one of the worst movies of all time. More interesting here is my obvious dislike of foreign film, particularly subtitled ones. Over the years since, some of my favorite films have been Italian, Chinese, German or French and I have come to much prefer subbed to dubbed! Even then I had long been a fan of Japanese monster movies but apparently I wasn't counting those.
Posted by Booksteve at 1:30 AM