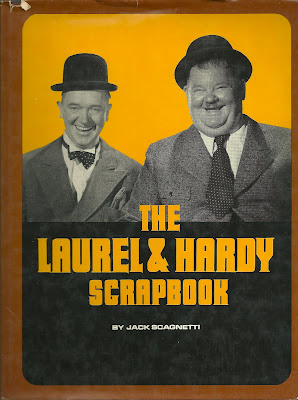 11:00 PM
School was basically normal. We read an Agatha Christie in Mystery Class. Got all A's again on report card except for one C. My first C ever on a report card. UGH! Physics, of course. We were also given info on next year's courses.
Got the new TBG in the mail and picked up a Laurel and Hardy History in Cincy. Got some Wendy's, too.
Everybody left the Social Security Office early tonight so we got to go over and clean early. Got done in only an hour for a change.
Watched Mary Tyler Moore's special tonight. That was weird.
NOTES: I really tried in Physics but I just never seemed to catch on. Doc tried a couple of times at my request to go over stuff with me after class to try to help but nothing worked. Having been a straight A student all through school this really bothered me. As previously stated, I don't feel he was the best teacher ever but I'm not placing all the blame on him. I just seemed incapable of completely grasping the concepts for some reason.
The Mary Tyler Moore special was this truly weird musical hour about angels and devils and philosophy and time and...It was called MARY'S INCREDIBLE DREAM. It featured Ben Vereen, the Manhattan Transfer, superfast fiddler Doug Kershaw and Boston Pops conductor Arthur Fiedler (as God more or less). Although she still had her Saturday night sitcom, this was an ambitious step for Mary but in retrospect it was also a pretentious, over-inflated mess that is now almost completely forgotten.
Seen above is the Laurel and Hardy book I purchased o this date in 1976. It isn't the best of the books on the boys but at that time pickings were slim. To scan it just now, I pulled it down from a shelf where it resides with a dozen or so better Laurel and Hardy books picked up over the years.
Posted by Booksteve at 1:56 AM