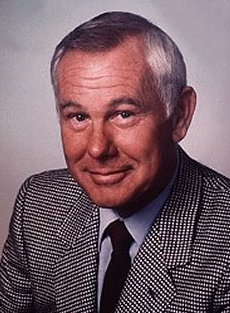 Not a thing with Constance. Slow, bad wish day with only unimportant wishes coming true. The less said the better, really. No paper again. IT tonight just as an attempt at tension relief.
Watched DONNY & MARIE new tonight and saw PAPER MOON. Stayed up to see some hilarious scenes on Johnny Carson's 14th Anniversary Show but had to agree to skip staying up for Eric Idle on SATURDAY NIGHT tomorrow.
NOTES: Whoa, was I bummed this day. No memory as to exactly why.
PAPER MOON was the marvelous Peter Bogdanovich film from 3 years earlier which was shot in lovely black and white and starred the ultimately uber-troubled father and daughter team of Ryan and Tatum O'Neal. I hadn't seen it back then because I got upset that ten year old Tatum was given the Oscar that I wanted Linda Blair to win. When I finally saw it this night I was amazingly impressed!
Johnny Carson's TONIGHT SHOW was on much too late for me to watch on a regular basis. By this point that may well have been mainly because of the location of the television sets in the house. I don't recall if I mentioned but we had a huge living room. It was, however, directly next to my parents bedroom which, itself, was directly next to the bathroom, the short hallway to the kitchen, and my own bedroom. Thus, whether I was on the big color console or the little black and white, one way or the other, the TV was right next to my parents' bedroom. Yes, both rooms had doors. Huge, thick sliding oak doors...that never closed all the way or, when they did, wouldn't open easily afterward. I had once been trapped in my bedroom for hours just because I'd wanted a little privacy! The problem would occur again a few years later on the sole occasion when I ...well..."entertained" a young lady in there late one evening. So in the 26 years we lived there...the doors were rarely used. Thus, I had to negotiate staying up past 11 to watch TV. To be allowed twice in one week was unlikely.
Posted by Booksteve at 12:06 AM