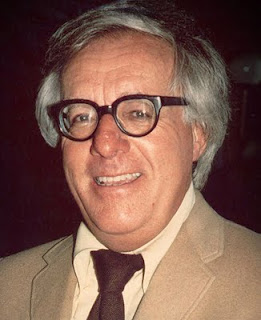 Parade in Cincy. Dad was there to see it and Holmes band marched in it. We saw much of it on TV including a confetti record.

I got a new article by Ray Bradbury on writing that I was able to bring home from school, too.

IT just for tension relief tonight...and it worked!


I've mentioned so many fire drills in recent weeks I really think some of the other students were being prankish. The fact that my son brings home stories of multiple fire drills per week tells me that that's one more thing that never changes.


Bradbury is still alive in his nineties in 2011 and long since considered one of the great authors of the 20th century, not just one of the great sci-fi authors. In the seventies, he used to complain loudly that books by L. Frank Baum and Edgar Rice Burroughs weren't in school libraries. They are now. I like to  think at least some of that was due to Ray.
Posted by Booksteve at 12:34 AM