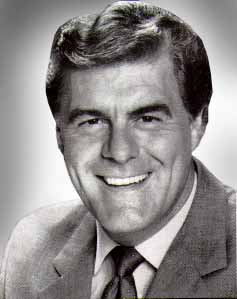 Series canceled on account of rain tonight. SS worked late so I couldn't go over until late. Got WW at SS.

I heard Bob Braun may host Bob Hope's upcoming show and that Crosby and Como may come in '77!

NOTES: Bob Braun was for many years the King of the local Cincinnati talk shows, replacing Ruth Lyons on her retirement. He eventually moved out west to make it as an actor but the only thing I ever saw him in was a very brief role as a newsman in DIE HARD 2. Ironically, his son became the major anchorman in the Cincinnati market in the eighties and remains so today.


At this point, Bob Barker's sole gig if I recall was his hosting of THE PRICE IS RIGHT. Not sure what the now iconic Norris would have been doing on that game show unless it was simply plugging his then -new film star career.


No idea what "WW" refers to but whatever it is, I got it at the Social Security Office that night I guess.


Sorry about the Farrah remark. Seriously, I know I was 17 but I don't recall being that shallow! At some point, I even stopped being a breast man all together. Maybe it was after seeing Morganna, Baseball's "Kissing Bandit" up close in 1981. Once you've seen HER topless, nothing else could compare.
Posted by Booksteve at 12:14 AM