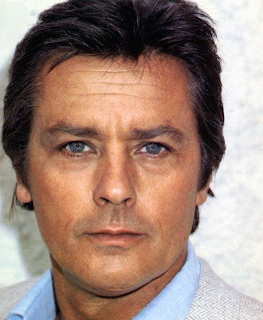 Got TBG and a letter from Yoshiko.

Spent a long time with Mona today and was fairly open with her. She's easy to talk to.

NOTES: It continues to amaze me how I remember much of this stuff like it was yesterday and then there are things like this Sarah. Sarah? Mrs. K was the 90 year old former kindergarten teacher who lived upstairs. Apparently she introduced me to someone named Sarah. No clue.


Sometimes I wonder what happened to my Japanese pen pal, Yoshiko Tashiro---especially in the wake of last year's Japanese disasters. We corresponded long past the junior high class which hooked us up for an assignment. I think I continued writing to her another couple of years beyond this, also! I remember in an early letter she said her very favorite movie star was Alain Delon. She got mad when I said I had never heard of him. Turns out, of course, that French actor Delon was one of the most popular stars in the world at the time...except in America. Over the years, though, he has become a favorite of mine and, in fact, I just watched two of his films with Jean-Paul Belmondo over the weekend.


Note that I had zero school spirit.