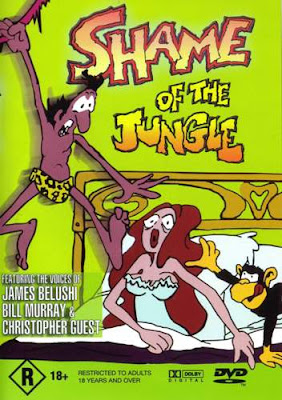 I'm 80% sure Dad saw that X-rated TARZAN flick when he was off last Monday because he referred today to a Tarzan movie when he couldn't possibly have seen the one on TV last weekend.

Bad vibes between me and Mom all day. She got me a new scrapbook and new pajamas while out shopping though.

Finally got TBG and learned that THE SPIRIT has been cancelled, Gerber is still writing HOWARD THE DUCK and National has officially changed its name to DC (and it seems to be improving). Also learned Stan Lee will write a Spidey newspaper strip.

Got Wendys for dinner tonight and a new book on television heroes. 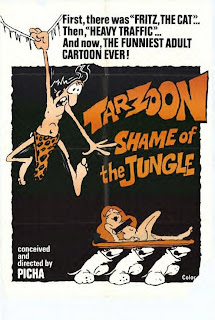 Stayed up and saw Karen Black's baby Hunter attempting to disrobe her on live TV on SATURDAY NIGHT LIVE!

NOTES: No idea what that book on TV heroes would have been.


The SPIDER-MAN newspaper strip would debut soon by Lee and Romita. It was gorgeous and fun for the first few years and I clipped them all out and pasted them in a scrapbook. After Romita left, it strated going downhill. The strip is still going although it appears in very few papers and is nowadays considered a bit of a joke as a few seconds of storytime seems to take 2 weeks to tell.


I find it hard to believe I had never heard the Monkees song, SWEET YOUNG THING, prior to this date. In fact, it's been a favorite of mine for as long as I can recall. Still...why would I have made it up?


The X-rated TARZAN movie was probably the animated SHAME OF THE JUNGLE from 1975 which appeared briefly on local screens. It actually wasn't horrible but its English translation is best-remembered---if at all--for featuring the voices of many SNL actors including Bill Murray and John Belushi (not JAMES Belushi as that DVD box cover says). I wouldn't catch it until years later on cable. It's possible there was some live-action X-rated TARZAN around at the time that I've totally forgotten.
Posted by Booksteve at 12:39 AM