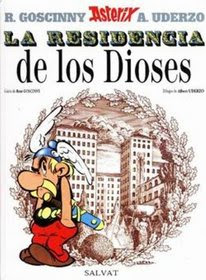 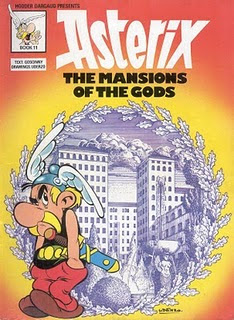 Lost a little sleep last night and ended up feeling bad all day. One reason is that yesterday, somehow, life became real again and I was trapped inside looking out instead of outside looking in like usual.
Mr. Shoemaker got in a bunch of Spanish language PEANUTS and ASTERIX books and I read ASTERIX & THE HOME OF THE GODS (rough translation) as best as I could. I liked it!
Mr. T kind of liked my journal.
We had to sign a graduation card.
After school I walked half a block downtown with Constance making small talk. I was afraid to go any further so I just came on home.
Saw part of Barbara Walters' ABC debut. Got to see Connie co-host MIKE DOUGLAS, too, which, after that movie the other day, lead to IT, of course.
NOTES: Barbara Walters had been popular as co-host of NBC's TODAY for more than a decade and her jump to ABC was highly touted and a tad controversial. She, of course, became a mainstay of that network.
I have no idea what that "graduation card" was or why "we" had to sign it.
ASTERIX has been an amazingly popular French comics character for more than 50 years now and has been translated into many European languages. It has long been a staple of foreign language classes in high school. Various attempts to promote the delightful strip in America have failed over and over but in France, multi-million dollar blockbuster films are made of the characters. In yet another example of "the more things change, the more they stay the same," this very morning in 2011 I watched ASTERIX & OBELIX: MISSION CLEOPATRA from 2002.
By the way, the volume I read that day in '76, my first ASTERIX story, is generally translated as THE MANSIONS OF THE GODS.
Posted by Booksteve at 12:35 AM