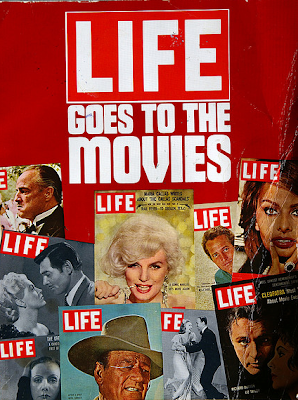 Up at 5:30 and I was surprised to find Laurel and Hardy on Channel 12 and then on 48 'til 9! Paper arrived at 6:30. I actually heard it land on the porch. Learned from it that Harry will be back at Christmas. Also saw where the $17.76 record set I ordered will be coming it commercially.

Watched my first Marilyn Monroe film today when I missed the bus out to Ludlow.

Had to change a LOT of lights over at SS.

Had a not so good talk with Terry early tonight.

Halloween was never my favorite holiday and I like it less now that no one comes around anymore.

Watched LIFE GOES TO THE MOVIES and a good Bogey flick.

NOTES: "Harry" was Dirty Harry Callahan, Clint Eastwood's signature police inspector role. First seen in 1971 and last seen in 1973. This third film, THE ENFORCER, was announced on this date as being one of the first films to play at the upcoming "Cinema City Six" theaters in Florence, KY.  By the time they opened they were just called the Florence Cinemas. THE ENFORCER would be the first of many films I would see there. It wasn't very good.


I'm not certain but I think the first Marilyn film I saw was NIAGARA. She would soon enough become another obsession.


The $17.76 record set I refer to was the WINGS FROM THE WINGS bootleg. On this date I learned that WINGS OVER AMERICA would be released. The difference was that the boot was all one concert whereas the commercial release contained what was considered the best performances from each stop on the recently completed Wings tour.


LIFE GOES TO THE MOVIES is one of the best Hollywood documentaries I've ever seen and I would later pick up the accompanying book, also one of the best in my movie collection.