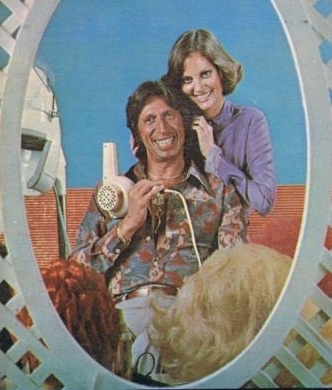 Good and bad both today. Sheff for Homeroom.

My coat zipper and my shirt got stuck until I got to school where I had to rip it loose. Tore the zipper good. Dad gave me his jacket when he got home.

Got Mona's picture when she came to see me in Study Hall at lunch. Beautiful!

I had to stand on the bus home.

Reds won the series tonight and I went to bed early!

NOTES: Yes, this was four lines in the actual Journal. I've decided to separate them here for clarity going forward.


Apparently Mr. Sheff was another teacher. I don't recall him. Sounds like my regular Homeroom teacher was out and he covered for her.


When Mona became an issue later, I would tear her picture into little tiny pieces.


Dad just gave me his jacket. Doesn't sound like a big deal and I didn't treat it like one at the time but ow I find myself doing that kind of thing for my own son and I realize that sometimes it kind of is a big deal. Thanks, Dad.

No idea what shows were canceled on this date but 1976 was teh year that one series in the TV GUIDE FALL PREVIEW ISSUE was cancelled before a single episode aired. SNIP with David Brenner. From Wikipedia:


Snip (September 30, 1976)
Comedian David Brenner was slated to star in this sitcom, where he would portray a hairdresser dealing with his ex-wife (Lesley Ann Warren) moving back in with him. Created by James Komack, who had earlier created Chico and the Man and Welcome Back Kotter, Snip appeared to have great potential and was heavily promoted by NBC; however, after seven episodes were written and five were filmed, the network decided to pull the show at the last minute – so abruptly, in fact, that TV Guide still listed the show in its schedule guide. Brenner later stated that he believed the pulling was due to fears of controversy, as one of the supporting characters was openly gay, quipping that apparently "In 1976, there were no gay people in America." The five completed episodes later aired in Australia.
Posted by Booksteve at 12:27 AM