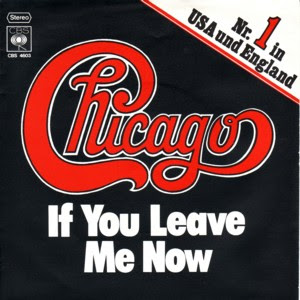 New system. Only 4 lines per day. Graded papers for Mr Shoe, 6th. Had to write an ad in Comp. Funny because I had just posted my two HORIZONS ads. Got in trouble with "SEX."New chick in Gov. Vicky something. Fire drill at lunch. (Illegible) co-ed PE. Dad brought home ten comic books, most only fair but I'm still reading them. Series continued tonight on TV and I was stuck alone since I didn't watch it.

NOTES: At this point, I seem to have realized that if I continued just writing willy-nilly I would run out of journal before I ran out of year. Thus my self-imposed 4 lines limit. I would break it occasionally but not by much for the remainder of the year.


The SEX poster was quickly pulled from the hallway where I had placed it and I received a call to come to the office. The poster read "SEX!" in gigantic letters and showed a not-so-great drawing of a sexy babe by me. In smaller print it said, "Now that I have your attention, It's time to order this year's HORIZONS." I think I stole it from an ad in TBG. I thought it was clever! The school authorities disagreed. I defended it, pointing out that there was literally NOTHING explicit about it other than the barest (pardon the pun) hint of cleavage. No matter. It had been taken down and already ripped up by the time I got there. I was given a warning NOT to be clever like that again. No one complained about my CLOWN poster...but I bet it didn't get as many students' attention, either!


No idea what the bit was with the co-ed PE. Mayhap I was excited that girls in gym clothes had gotten called out on the fire drill? After all, I was seventeen, remember. Didn't take much to excite me.


No memory of Vicky at all.


The "series" was the Reds in the Playoffs again.


Apparently this was one of the times my dad "salvaged" some of the trash they normally incinerated at the Post Office...in this case comics! The fact that I knew he could get in big trouble for it made the gesture all the more meaningful. Thanks, Dad!


While all this was going on, the venerable band Chicago displaced DISCO DUCK at the top of the charts with an uncharacteristic love ballad IF YOU LEAVE ME NOW sung by Peter Cetera. A taste of things to come for them.