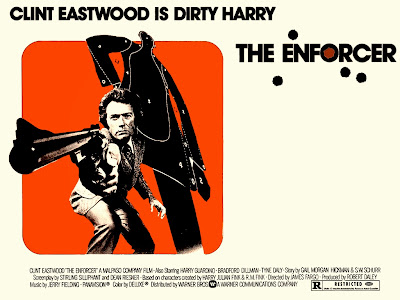 Worked on more stripwork this morning.

NOTES: When I was a child, Florence, Kentucky seemed not only a million miles away from where we lived but there was no point in us ever going there because it was all farm country. In the early seventies, plans began to come together for the Florence Mall which opened earlier this year.


The rest of the area built up quickly around the Mall's lead with a half dozen strip malls and a ton of restaurants almost before you knew it! Still, it wasn't easy to get there as it involved a bus ride of nearly an hour each way.


Regular readers will have no doubt noted that I saw a LOT of movies in those days! The first one they had at the new multiplex that I just had to see was the latest Clint Eastwood Dirty Harry flick! I had loved the intense first one and liked the more pop feel of the second one even better! I just couldn't wait for this third one! Too bad I didn't really care for it. Ah, well...


About a decade after this, I would begin a nine-year long stint working in Florence. For the first six of those years, I still didn't drive and had to make that nearly-hour bus ride both ways five days a week.
Posted by Booksteve at 12:11 AM